The Effects of Diet Intake on Encopresis

The use of oral stool softening agents, while initially effective, is harder for the brain processes to recognize. There’s little difference in the feeling of a very soft stool vs. that of passing gas.

Here are some commonly applied diet adjustments we have seen in our Facebook group and email forum:

Fiber in the Diet:

Fiber adds bulk to stool and softens it. According to the American Dietetic Association, children are recommended to eat (in grams) the number of his or her age plus five.

There are two basic forms of dietary fiber, insoluble and soluble. Some high fiber substances may contain both soluble and insoluble fibers.

The over-the-counter fiber I strongly recommend is Citrucel (pectin–used in canning). It is sometimes referred to as a “smart” fiber because it acts in fixing both loose and hardened stool.

Parents and many physicians tend to exaggerate the importance of fiber. It may actually produce too much stool in children with an enlarged colon. Drinking sufficient fluids may be even more important.

Probiotics in the Diet: 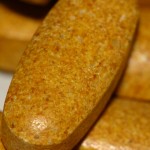 Our digestive tracts are populated by over 400 varieties of bacteria. Probiotics, found in foods such as yogurt, serve to re-populate the gastrointestinal tract following the use of antibiotics and accompanying diarrhea. They also show some promise for managing Irritable Bowel Syndrome (IBS) in adults.

Stool Softeners in the Diet:

These commercial substances mix in with the feces during digestion to soften their consistency. The leading product in the USA is Miralax (Polyethylene Glycol or PEG), or Movicol in other countries.

Mineral oil was very commonly used in the past, but was found to reduce absorption of fat-soluble vitamins and induce lung damage if accidentally inhaled. Another problem is that it remains a liquid in the gastrointestinal tract, and the child may have more problems with leakage and difficulty telling if he/she is about to pass gas or have an accident. An emulsified form of mineral oil, such as Kondremul, is more easily tolerated, mixes in much better with the stool as a softener, but the same cautions remain for vitamin deficiency or inhalation by an upset child.

Docusate Sodium (Colace, Dialose, or Surfak) is generally safe for long-term use, but should not be used with mineral oil. It comes in a gel cap, which may be hard to swallow for children, and the taste is not palatable.

Made of mostly salts or carbohydrates, these oral supplements promote the transport of bodily fluids into the colon by the process of osmosis. They also act as softening agents, and in high doses, promote a clean out of the colon. They include Milk of Magnesia (MOM), citrate of magnesium, Epsom salts, lactulose, and sorbitol.

Encouraging a child to drink lots of water or sports drinks is advisable with these agents to prevent dehydration or altered electrolyte levels. Miralax (Polyethylene Glycol or PEG) has become dominant with the current practice of a top down treatment for encopresis. As is the potential problem with stool softeners detailed above, it can be difficult to adjust the dosage for stool that is not overly soft, and a liquified stool creates problems with leakage and may hinder achieving control.

Oral laxatives work by irritating the gastrointestinal tract, which then causes pushing contractions. They can also cause changes in the bowel over extended periods of time. These agents include Bisacodyl and Senna (a vegetable laxative). Senna can be dosed by squares in a divided chocolate bar. The most common brand of Senna is Ex-Lax, but a cheaper store brand version can be found on the shelf next to it.

Starting the gastrointestinal engine with oral solutions is much more unpredictable in terms of timing (6-12 hours) before a child feels the need to eliminate. However, cultural sensitivities make the use of oral laxatives feel more acceptable than bottom up methods such as enemas and suppositories. Some leading pediatric gastroenterologists pointedly refer to oral laxatives or stool softeners as the more gentle approach.

Suppositories and Enemas as “Bottom Medicine”:

Suppositories, usually made up of glycerin, provide bulk, lubrication, and moisture retention to stimulate bowel movements, and are very safe and non-irritating. Dulcolax is a common brand.

Bisacodyl, branded as “The Magic Bullet” can also be used as a suppository and is a more powerful, water-based agent. Liquid glycerin is much more stimulative and is also sold as a “liquid suppository” for infants (Pedialax) and adults.

An enema is simply the procedure of adding fluid to the rectum and colon to promote bowel contractions. It is a very powerful and immediate stimulus leading to a bowel movement. Few children can successfully resist an enema.

However, simply repeating enemas day after day is not a rational long-term approach. Soiling Solutions® is carefully designed to lead the child to becoming self-sufficient and independent. A daily “Power Hour” with carefully designed steps spelled out in the Clean Kid Manual is necessary to enable a transition to the child’s independence with self-initiated bowel movements.

The rectal route is the least favorite choice of most parents and children. It is viewed as a last resort by them because of the emotional and physical conflicts that almost inevitably result with anxious children and parents. Encopretic children almost by definition do not want to use the anal passage for anything going out, much less anything going in! Sadly, these children are very susceptible to holding stool and getting backed up over and over. Backed up stool tends to dry out and harden, which can cause an obstruction or leakage of stool around the blockage, often leaving an enema or suppository as the only solution.

Fears of trauma are misplaced because the trauma of encopresis is itself far worse and much more damaging over the long run. Psychologists have found that the best evidence based approach is summed up in the phrase, “Face the fear and the fear will disappear.” This refers to a exposure to the anxiety provoking stimulus to foster desensitization and reprocessing to overcome that fear. This has proved to be the most effective approach for PTSD and anxiety disorders. An adult perspective is necessary to overcome the child’s resistance by acting in his or her long term interest. It is also training for facing future challenges in life. Many physicians do not understand this perspective on using suppositories and enemas. They often recommend against their use for fear of trauma based on their personal experience.